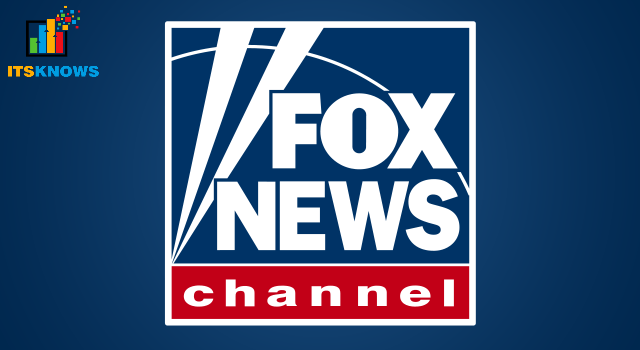 So the Topic is Who Owns Fox News? Fox News has been a major player in how we consume and digest news.

The political leanings of Fox News and its coverage of the Trump presidency have become an important topic of conversation.

We’ve recently seen a new direction for the company with CEO Rupert Murdoch handing over control to James Murdoch’s son. Should we be concerned about what this means for the future?

What does this mean for our perception of trust in news media? Here are some ways to consider who owns Fox News today.

Technically Fox is a broadcasting company that operates as the Fox Corporation.  The Fox Corporation includes many assets and is owned by media mogul Rupert Murdoch.  It came about in 2019 when 21st Century Fox was purchased by The Walt Disney Company.  The remaining assets not purchased by Disney were incorporated into what is now known as the Fox Corporation.  The Murdoch family owns 39.6 percent ownership through a family trust. Rupert Murdoch is the chairman of this corporation, but his son, Lachlan Murdoch is the executive chairman and CEO of Fox Corp.  Since Rupert Murdoch is about 90 years old, this structure sets his children up to take over after his death, and it is clear that it was done this way intentionally.

Currently the Fox Corporation deals primarily in the television broadcast, news and sportscasting industries.  The Murdoch family also owns News Corp, which deals with printed news, and other media assets.

The Fox Film corporation was founded by William Fox on the 1st of February in 1915.  The company name is iconic, and since 1915 has undergone a significant series of acquisitions, mergers, and demergers.  The latest of these occurred in 2017, when The Walt Disney Company announced that they intended to acquire the motion picture, cable entertainment, and direct broadcast satellite divisions of 20th Century Fox and 21st Century Fox.  This mainly included the TV shows, Movies, and Productions that Fox held, leaving the television networks, and broadcast stations up for grabs.  In May of 2018, it was confirmed that Lachlan Murdoch, instead of his father would take charge of the New Fox Company.

Fox is an iconic industry in an of its own, so it was a smart move for the Murdoch family when they finally took ownership of the Fox Corporation in January of 2019, to maintain the use of the original Fox name.  The Fox Corporation officially began trading on the S&P 500 in March of 2019 as the Fox Corporation, replacing the former 21st Century Fox on the index.

More About the Murdoch Family

Rupert Murdoch is a major international media proprietor.  He chairs 2 of the United States based companies that control most of his assets.  These include both the Fox Corporation and News Corp. The News Corp is the second incarnation of News Corporation, an American media and publishing company.   Rupert Murdoch began his career attaining media outlets in 1952, by inheriting his father’s stake in News Limited, which was a company who’s only major asset was a daily newspaper distributed in South Australia.  The family are descendants of Scottish Immigrants to Australia, and the current generation of the Murdoch family has roots from Australia, the United Kingdom, and the United States.

Rupert has been married 4 times and has a total of 6 children.  4 of Rupert’s children are adults, and 2 of them are still teenagers.  The 4 adult children have all worked within the corporations owned by their father, usually in directional roles.

Lachlan Keith Murdoch was born in 1971 in London, England.  He is the oldest son of Rupert Murdoch, born to Rupert’s second wife.  Lachlan is not only known as the CEO of the Fox Corporation, hut he is the co-chairman of News Corp, and the executive chairman of Nova Entertainment.  Lachlan also founded the Australian investment company Illyria Pty Ltd.

Lachlan grew up in the United States and spent a significant amount of time in New York and Colorado, attending school in both states.  He graduated with a bachelor’s degree in philosophy from Princeton University.

Lachlan married British-born Australian model and actress Sarah O’Hare in 1999.  Together, the couple has three children, including 2 boys and 1 girl. The couple sold their home in Elizabeth Bay, Sydney to Russell Crowe in 2003, but they also have homes in Bellevue Hill, Australia, Aspen, Colorado, and Los Angeles, California.  In 2021 Lachlan Murdoch’s Net Worth was rated at about $4.43 billion dollars.

The Fox Corporation Board of Directors

The current board of directors at Fox Corporation include:

Who Manages the Day to Day Operations at Fox News

The Chief Executive officer at Fox Corporation is Lachlan Murdoch.  Other Executives include:

What Else Does the Fox Corporation Own

The Murdoch family owns Fox Corporation, and the assets of this corporation are as follows:

The Fox Corporation’s History Will Lead Media into the Present

Considering that Fox news has been a staple in the American broadcasting world since before anyone today can remember, and has survived over a century, it doesn’t look like it is going anywhere any time soon.  As a matter of fact, its rich history should keep it going for many years to come. With experts and experience at the helm who have been working in the field since the 1950’s, the Murdoch family should lead the media giant well into the future.  Since Lachlan Murdoch seems to be building his business assets in a way that broadens availability and access, you can be assured that Fox Corporation will still continue to be a giant in the media world for years to come. Additionally, since the Fox Corporation is widely diversified, and goes out of its way to be inclusive and multi-national, it would appear that it could once again lead its competitors towards a richer future than the original founder ever thought possible.  The legacy of William Fox, and the dreams he had to provide a media network to the world has been realized many times over.

Thanks For Reading our Article; Who Owns Fox News?

Suppose you have any further questions regarding this article; Who Owns Fox News? You can leave us a comment.

How Much Does Auto Insurance Cost? It All depends on Your Situation